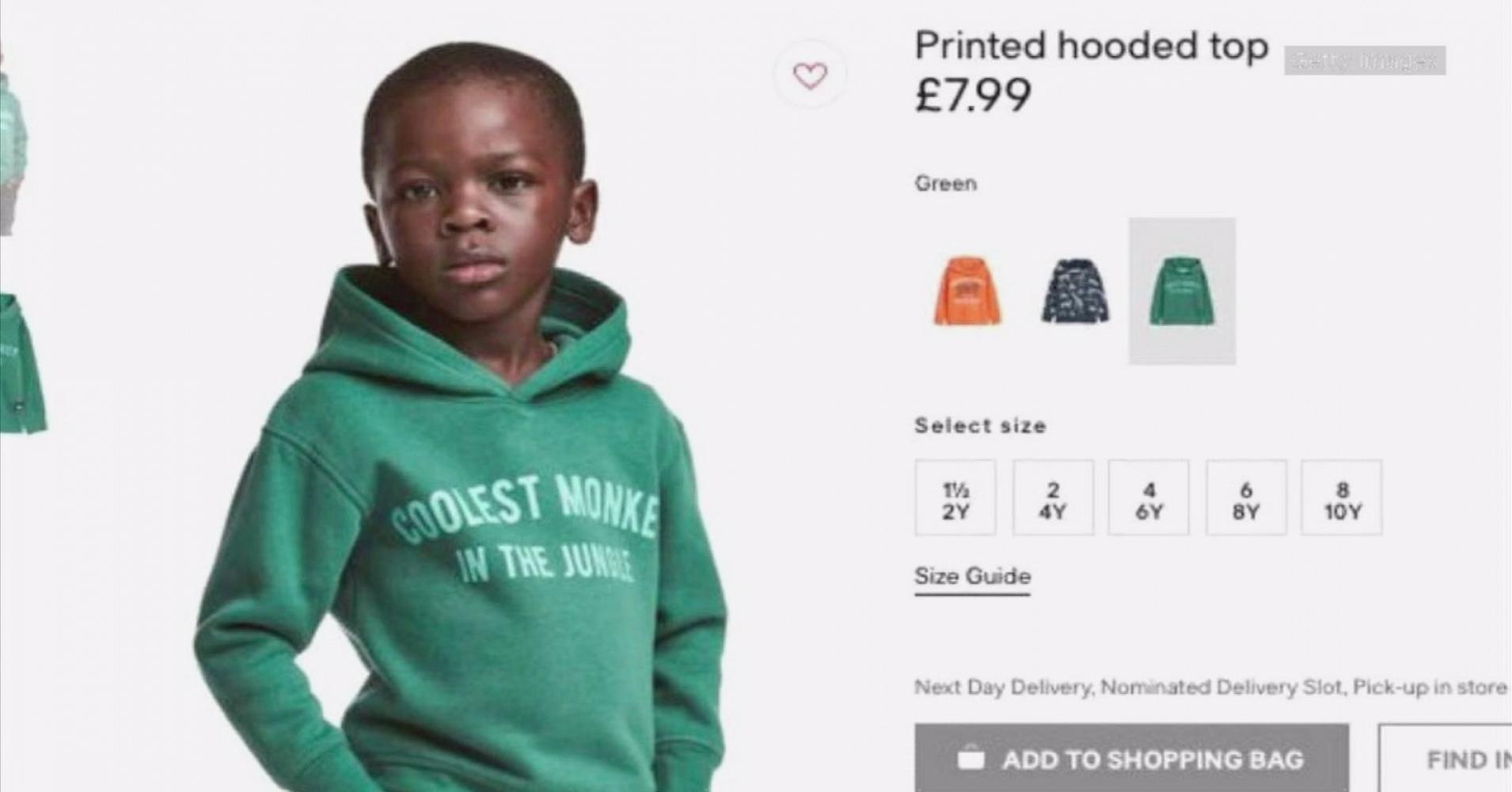 Swedish clothing company Hennes & Mauritz AB, known for its popular H&M clothing line, has come under criticism in recent weeks for displaying the texts “coolest monkey in the jungle” on a hooded sweatshirt modeled by a black child. The act, whether deliberate or unintentional, has been frowned upon by many people of different race. It is an unacceptable act that is not expected of global brands like H&M.

The image was sharply criticized on social media by public figures and the wider online population. Some notable names among them is The Weeknd, a Canadian RnB star who has produced menswear collections with the chain. He mentioned he was cutting ties with the company. LeBron James and Diddy also expressed their dissatisfaction with the act.

Whereas a representative of the brand, Alex Medina, reportedly mentioned that it was negligent to place a black child in a top with such a slogan, while white children wore others, it remains quite an unforgivable negligence in the eyes of many, both black and white community. The gaffe also shows the level of negligence present in some big business establishments and the repercussions these mistakes have on the overall wellbeing of humanity and proper functioning of society.

Some have expressed their disgust at H&M purely based on this show of negligence as an officer put it. Others have moved further to state their intention to boycott the fashion brand altogether, as their own way of punishing the Swedish company. The mistake is a costly one and as such must attract costly reactions from the public. But, consumers of H&M’s products and prospective consumers must consider the wider implications of their actions (boycotting H&M’s products).

In a wider context, whilst boycotting the products of the Swedish clothing company, H&M, will send a strong message to the managers and even to other companies operating within and beyond the fashion industry to sit up and take racial matters a little more seriously, it also has its negative consequences. To boycott H&M products means a vote for laying off staff of the company; it means a vote for triggering lay offs in companies that supply them materials and equipment; it also means a temporary squeezing in shops that stock their products and whose survival is sourced from the survival of H&M. These would also cause thousands of families to be affected, at least economically, in one way or another.

Inasmuch as the act of clothing a 5-year old boy unequipped to appreciate the implications of the acts he is involved in is unacceptable, people must also realize the far reaching consequences of the ultimate punishment.

This is How Rewarding the Streets of Accra Can Be
Which styles from the 90s are back in trend?
Advertisement
To Top
This site uses cookies: Find out more.